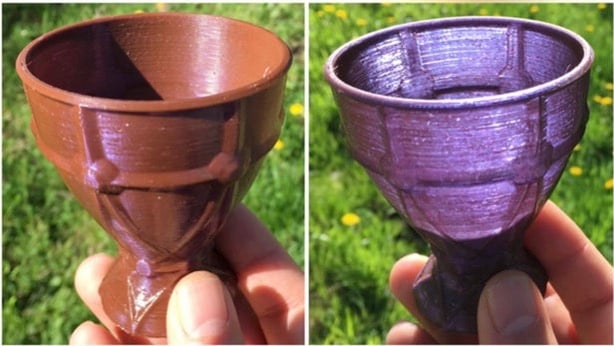 In use since at least the 4th century AD, dichroic glass displays different colors depending on how it’s being viewed. Now, Dutch scientists have produced the effect in a material that can be used to create 3D-printed objects – and it’s not just a novelty, as it could have practical applications.

A team of researchers at Wageningen University started with regular polyvinyl alcohol (PVA), which is a widely-available polymer commonly used as a 3D printing medium. To this they added gold nanoparticles of varying sizes – not much of the gold was needed, as it ended up constituting only 0.07 percent of the resulting composite material’s weight.