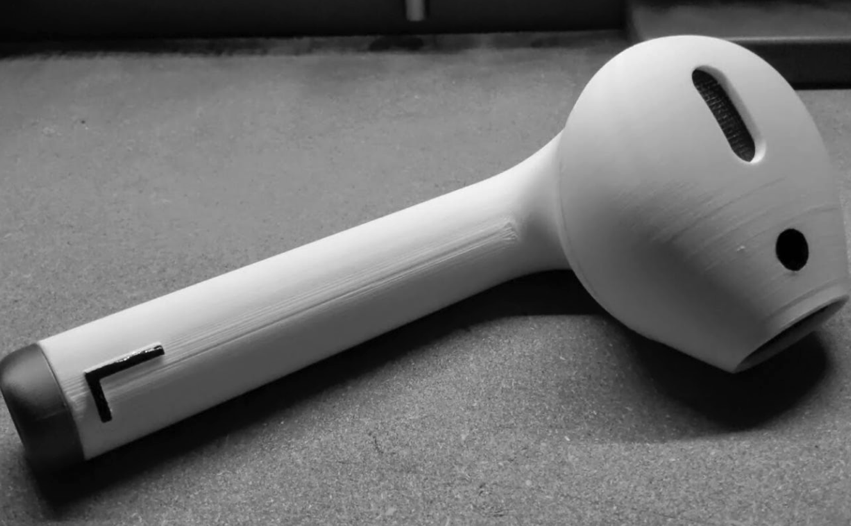 The 10-inch-tall AirPod is a fully functional wireless speaker, according to its creator, a Minnesota high school student named Aaron Beckman. Beckman posted a picture of his creation earlier this month on the r/MildlyInteresting Reddit thread, where it’s since accrued more than 78,000 upvotes and 2,000 comments.

To make the AirPod speaker — which he’s dubbed the “AirPod Max” — Beckman used a 3D printer, available through his high school’s robotics team, to replicate and blow up an accurate clone of the AirPods.